Reiner Fuellmich Gives An Update On COVID Crimes Against Humanity 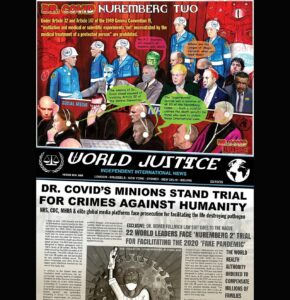 The Parliamentary hearing in Poland is wrapping up and the criminal trial for Crimes Against Humanity is set to begin in just a couple of weeks.

Fuellmich outlines how the Covid-Crime Against Humanity is a deliberate and premeditated mass-murder of unprecedented proportions.

The Luciferian sociopathic globalists who Fuellmich refers to as the “Davos Crowd” have stolen the worldwide pension funds, and part of the reason why they rushed their plan forward is that they were terrified the public would find out what they did.

Nuremberg Trial 2.0 Is In Preparation: W.H.O And World Leaders Will Have To Answer For ‘Crimes Against Humanity

Nuremberg Trial 2.0 is in preparation, with a class action lawsuit supported by thousands of lawyers and medical professionals worldwide, led by the American-German lawyer Reiner Fuellmich, who is prosecuting those responsible for the Covid-19 scandal manipulated by the Davos Forum.

In this respect, it is worth recalling that Dr Reiner Fuellmich is the lawyer who succeeded in condemning the automobile giant Volkswagen in the case of the tampered catalytic converters, as well as succeeding in condemning Deutsche Bank as a criminal enterprise.

According to Reiner Fuellmich, all the frauds committed by German companies are derisory compared to the damage that the Covid-19 crisis has caused and continues to cause.

This Covid-19 crisis should be renamed the “Covid-19 Scandal” and all those responsible should be prosecuted for civil damages due to manipulations and falsified test protocols.

Therefore, an international network of business lawyers will plead the biggest tort case of all time, the Covid-19 fraud scandal, which has turned into the largest crime against humanity to ever be committed.

A Covid-19 commission of inquiry was set up in July 2020 on the initiative of a group of German lawyers with the aim of bringing an international class-action lawsuit using Anglo-Saxon law.

Here’s what Reiner Fuellmich had to say on the findings of the inquiry and the questions to be answered in the forthcoming trial against the WHO and World Leaders for crimes against humanity:

‘The hearings of around 100 internationally renowned scientists, doctors, economists, and lawyers, which have been conducted by the Berlin Commission of Inquiry into the Covid-19 affair since 10.07.2020, have in the meantime shown with a probability close to certainty that the Covid- 19 scandal was at no time a health issue.

Rather, it was about solidifying the illegitimate power (illegitimate because it was obtained by criminal methods) of the corrupt “Davos clique” by transferring the wealth of the people to the members of the Davos clique, destroying, among other things, small and medium-sized enterprises in particular.

Platforms such as Amazon, Google, Uber, etc. could thus appropriate their market share and wealth.

The three major questions to be answered in the context of a judicial approach to the Corona Scandal are:

1) Is there a corona pandemic or is there only a PCR-test pandemic? Specifically, does a positive PCR-test result mean that the person tested is infected with Covid-19, or does it mean absolutely nothing in connection with the Covid-19 infection?

2) Do the so-called anti-corona measures, such as the lockdown, mandatory face masks, social distancing, and quarantine regulations, serve to protect the world’s population from Corona?

Or do these measures serve only to make people panic so that they believe, without asking any questions, that their lives are in danger — so that, in the end, the pharmaceutical and tech industries can generate huge profits from the sale of PCR tests, antigen and antibody tests and vaccines, as well as the harvesting of our genetic fingerprints?

3) Is it true that the German government was massively lobbied, more so than any other country, by the chief protagonists of this so-called corona pandemic (Mr. Drosten, a virologist at Charité Hospital in Berlin; Mr. Wieler, veterinarian and head of the German equivalent of the CDC, the RKI; and Mr. Tedros, head of the World Health Organization or WHO) because Germany is known as a particularly disciplined country and was therefore to become a role model for the rest of the world for its strict and, of course, successful adherence to the corona measures?

Answers to these three questions are urgently needed because the allegedly new and highly dangerous coronavirus has not caused any excess mortality anywhere in the world, and certainly not here in Germany.

But the anti-corona measures, whose only basis are the PCR-test results, which are in turn all based on the German Drosten test, have, in the meantime, caused the loss of innumerable human lives and have destroyed the economic existence of countless companies and individuals worldwide.‘

These Were The Conclusions Of The Committee:

‘The corona crisis must be renamed the “Corona Scandal”

Those responsible must be:

• Criminally prosecuted for crimes against humanity
• Sued for civil damages

• Many scientists call this a PCR-test pandemic, not a corona pandemic
• Very healthy and non-infectious people may test positive
• Likelihood of false-positives is 89-94% or near certainty
• Prof. Drosten developed his PCR test from an old SARS virus without ever having seen the real Wuhan virus from China
• The PCR test is not based on scientific facts with respect to infections
• PCR tests are useless for the detection of infections
• A positive PCR test does not mean an infection is present or that an intact virus has been found
• Amplification of samples over 35 cycles is unreliable but WHO recommended 45 cycles

• The German government locked down, imposed social-distancing/ mask-wearing on the basis of a single opinion
• The lockdown was imposed when the virus was already retreating
• The lockdowns were based on non-existent infections
• Former president of the German federal constitutional court doubted the constitutionality of the corona measures
• Former UK supreme court judge Lord Sumption concluded there was no factual basis for panic and no legal basis for corona measures
• German RKI (CDC equivalent) recommended no autopsies be performed
• Corona measures have no sufficient factual or legal basis, are unconstitutional and must be repealed immediately
• No serious scientist gives any validity to the infamous Neil Ferguson’s false computer models warning of millions of deaths
• Mainstream media completely failed to report the true facts of the so-called pandemic
• Democracy is in danger of being replaced by fascist totalitarian models
• Drosten (of PCR test), Tedros of WHO, and others have committed crimes against humanity as defined in the International Criminal Code
• Politicians can avoid going down with the charlatans and criminals by starting the long-overdue public scientific discussion

• Evidence of gigantic health and economic damage to populations

• A class-action lawsuit must be filed in the USA or Canada, with all affected parties worldwide having the opportunity to join
• Companies and self-employed people must be compensated for damages’

Is the writing on the wall for Gates, Hancock, Fauci, and friends? Well the lawsuits have been filed and Reiner Fuellmich’s track record certainly suggests they don’t stand a chance 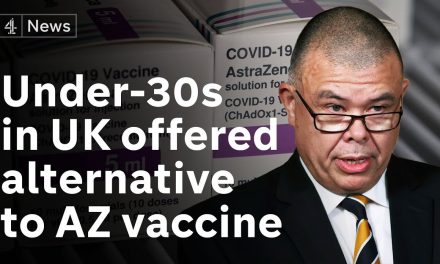 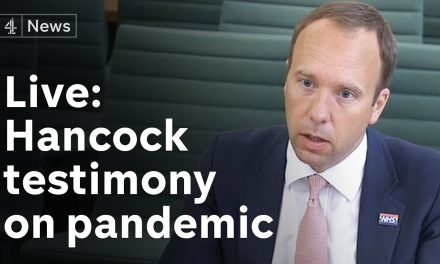 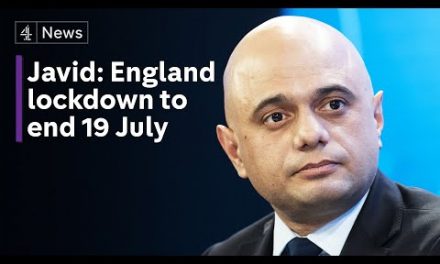 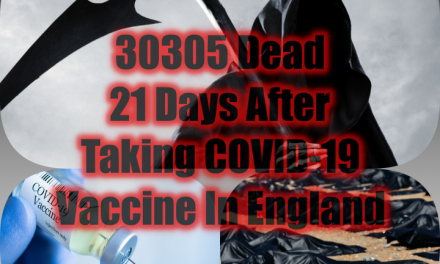 BREAKING – 30,305 People Died Within 21 Days Of Having a Covid-19 Vaccine in England During The First 6 Months of 2021 According to ONS Data